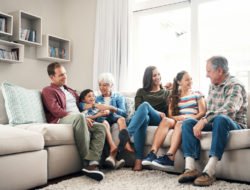 Adaptable housing, a model for the future?

Bringme Box, the intelligent concierge of the future

Songdo, the ecological city where everything can be done on foot

Imagined almost 15 years ago, the city of Songdo is today a global reference: intelligent and ecological, it has been designed so that everyone can lead their lives without carbon footprint.

In 2003, 55 km southeast of Seoul, the promoter Stan Gale laid down the first stone of the world’s youngest city – the Songdo International Business District, located on an artificial isthmus of the Yellow Sea. Originally, the Korean government had launched the project in the hope of attracting multinationals based in Singapore and Hong Kong. But in fact, the Korean city Songdo has become the most advanced Smart City project in the world, floating near the coast of Seoul.

The architects of the international firm Kohn Pedersen Fox Associates Songdo rejected the science fiction aesthetics of the Chinese metropolises; they chose to draw inspiration from urban highlights of the most popular cities: the Parisian boulevards, the canals of Venice (the golf course was designed by Jack Nicklaus), the gardens of Savannah and a Central Park of New York inspiration. The construction site is expected to be completed in 2022, at a staggering price of 35 billion dollars. The city already has 100,000 inhabitants, with the ambition to double it at its completion.

Like all smart cities, Songdo is paved with good intentions. Ecological intentions, first of all: the city is full of solar panels and rainwater filtration systems. Another example of innovation: household waste is collected via an underground network of pipes and driven by a pneumatic system that goes directly from the homes to the sorting centres. No more garbage trucks needed. 75% of the waste is recycled into biomass and the recycling plant redistributes the heat throughout the city.

But Songdo is also “smart” because it was designed so that everyone can get around without a carbon footprint. In addition to the Incheon urban underground, which does not emit CO2, Songdo is crossed by 25 kilometres of bicycle lanes; it has a multitude of charging stations for electric vehicles and has set up river taxis. From any part of the city, you can reach the electric public transport within 10 walking minutes.

Fully funded by large multinationals – including Cisco – Songdo also foreshadows the algorithmic management of the city. The walls of Songdo are full of cameras. Whenever there is movement, the license plates of the vehicles are scanned in order to regulate traffic. In the streets, the lighting adjusts according to the number of passers-by. On top of all these sensors, the city’s ultra-connected homes also collect data. For what purpose? To intelligently manage – and therefore limit – its energy and water consumption in real-time. With the simplicity of an iPhone.

» Architecture, Environment, Mobility, Other, Real Estate, Technology » Songdo, the ecological city where everything can be done on foot