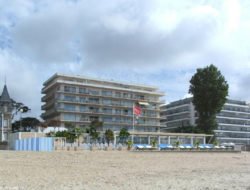 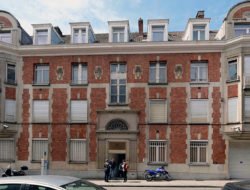 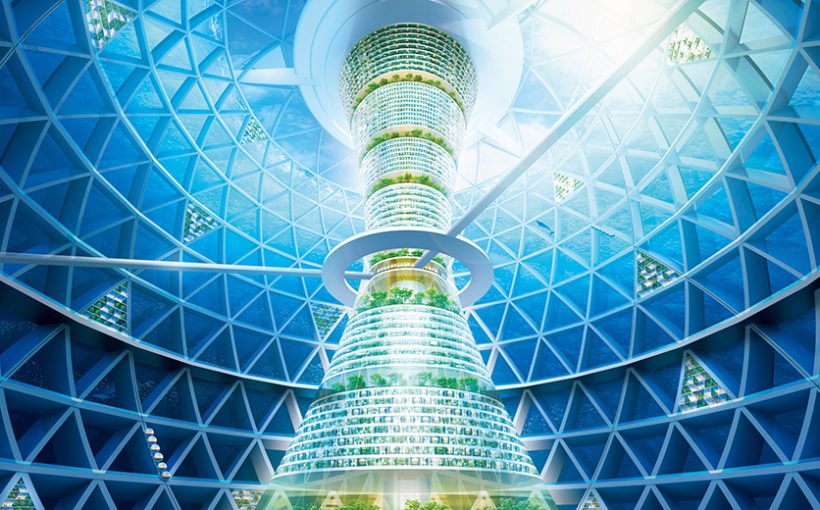 The Earth, covered by 70% of water, is a huge swimming pool. In 2030, the Japanese plan a big dive with the project “Ocean Spiral”, aquatic cities that can accommodate up to 4,000 people.

We already knew about the private island projects designed by Google or Apple. Or the floating cities imagined by the Belgian Vincent Callebaut. In the late 1960s, the Italian architect and town planner Paolo Soleri called his architectural concepts of utopian cities “arcologies”: projects combining architecture and ecology, where the city was conceived as a living organism capable of living in harmony with nature. His work was a source of inspiration, also for the engineers of the Shimizu Corporation, a Japanese construction giant.

After imagining lunar bases, floating botanical gardens or a pyramid capable of housing 1 million residents, Shimizu has been working since 2014 on a pharaonic project: a dwelling immersed under the sea, called “Ocean Spiral”. By 2030, subject to adequate technologies, they propose to build gigantic underwater spheres of 500 meters in diameter, where 5,000 people could live, work and entertain themselves in self-sufficiency. A factory for the production and exploitation of the underwater riches feeding the whole structure.

Located at the bottom of the ocean, between 1500 and 4000 meters deep, these base camps with offices, hotels, labs and apartments would be the size of small villages anchored with gigantic cables. Self-contained in energy, the spheres would be powered by the thermal energy generated by exploiting the thermal amplitude of the different depths. Ambient temperature: about 20°C.

Takeuchi Masaki, at the head of the project, seems to have thought of everything. Underwater pressure, for example, would make it possible to desalinate water. And part of the food would come from aquaculture, so as not to pollute the environment. In the long term, these deep cities could even become scientific research incubators aimed at intelligently exploiting the oceans, 75% of which are still unexplored.

2 Responses to Underwater cities? Hold your breath, it’s scheduled for 2030